Furniture Industry During The Pandemic Seen As Robust

BAD HONNEF/HERFORD. The German furniture industry generated sales of around 8.4 billion euros from January to June 2021, an increase of 4.3 percent compared with the same period last year. Against the backdrop of the long phase of trade closures, domestic sales developed only slightly positively foreign sales in the German furniture industry grew strongly. Among other things, the export business benefited from the downturn in infections in key European export markets and the earlier lifting of the lock-down measures compared with Germany. "When assessing these results, however, reference must be made to the extremely weak figures for the previous year," said Jan Kurth, Managing Director of the German Furniture Industry Associations (VDM/VHK), at the associations' annual business press conference on Monday (Aug. 23, 2021). Due to the first wave of the pandemic, sales of the German furniture manufacturers had slumped by 10.2 percent in the first half of 2020. "If we compare the development of the first half of 2021 with the pre-crisis level of 2019, we have to state a decline in sales of around 6 percent," Jan Kurth said.

German furniture exports increased by 22.6 percent year-on-year to â¬4.17 billion in the first half of 2021. The export value is generally higher than the industry's foreign sales, because unlike foreign sales, the export value also includes goods manufactured at foreign production sites.

The increase in exports to France, which is now the most important export market for the German furniture industry, is particularly pleasing, with a strong increase of 46 percent. Switzerland, the first destination for German furniture last year, currently ranks second in the ranking of the most important export markets with a significant increase of almost 16 percent, followed by Austria with plus 25.5 percent and the Netherlands with plus 15.6 percent. The British market experienced a comeback with a remarkable plus of 25 percent after the signing of the trade agreement with the EU in the first half of 2021. Non-European export markets have also developed positively year to date. From an industry perspective, it was particularly pleasing that the world's largest furniture market, China, once again took on the role of economic driver in Asia after overcoming the consequences of the Corona crisis - German furniture exports to China climbed by 13 percent in the first half of 2021.

"The international furniture trade fairs are of an outstanding importance for the successful export business of the domestic furniture manufacturers," Kurth said. After a pandemic-related interruption in the previous year, international trade fair activities have resumed during the course of 2021. The trade show schedule in Asia, Eastern Europe and the Middle East has now largely returned to normal, and trade shows are also being held again in Germany and other EU countries once again. Domestically, the VDM is working intensively with the Koelnmesse on the next successful edition of the imm cologne in January 2022. Abroad, the VDM is planning a joint participation in a total of eight foreign trade fairs in the USA, China, Russia, United Arab Emirates and Sweden in 2022.

After rising only slightly in 2020 as a whole, German furniture imports increased strongly by 23 percent to 4.9 billion euros from January to June 2021. With an exceptionally high increase of 45 percent to just under 1.5 billion euros, imports from China rose at an above-average rate. China thus replaced Poland (+9%) as the most important country of origin for furniture to date. Almost every third piece of furniture imported into Germany (just under 30%) now comes from China.

"After foreign business has already been gratifying in recent months, we expect a noticeable upturn in the domestic market in the fall as well," Kurth said. After the vacation season, he said, consumers will once again increasingly focus on their homes. The Managing Director of the VDM also sees growth potential for the German furniture industry in the new "MÃ¶bel Made in Germany" label of origin, which stands for quality furniture made in Germany. Interest is high: almost 60 manufacturers have now certified their furniture ranges for the RAL label of origin.

But the industry is facing major challenges at the same time. "The current material shortages are causing our manufacturers great concern," Kurth reported. In addition to wood-based materials, shortages include metal components, fittings, electronic components, upholstery foams, upholstery fabrics and packaging materials. "In our forecast for the year as a whole, we also have to take into account that business in the second half of 2020 - the comparison period - was decidedly positive, partly due to the strong catch-up effects following the initial lock-down in spring 2020 and because of the value-added tax effect." Against this backdrop, Kurth expects sales in the German furniture industry for 2021 as a whole to remain at the previous year's level (2020 sales: â¬17.24 billion). Compared with the level of sales in 2019, this would correspond to a decline of around 4 percent. 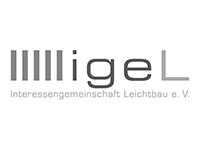